This post was originally written for and published in The Light Times Magazine, with Khmer translation done by the magazine editors. Download a PDF of the article (in English and Khmer) here. — Jonathan 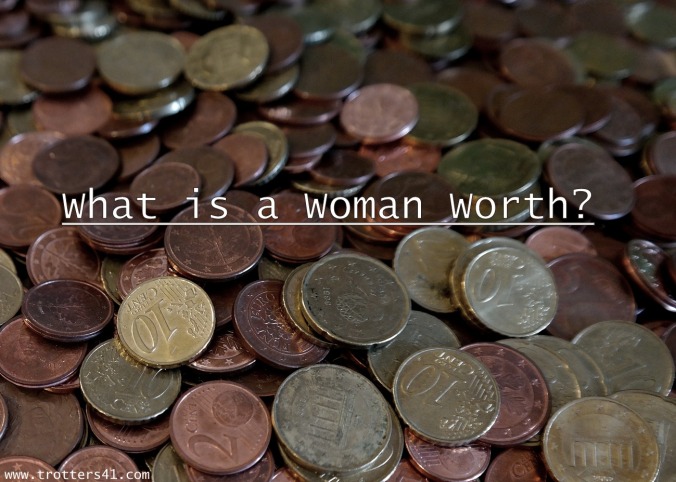 All over our world today, women are treated like trash. They are abused. They are neglected. They are desired only for what they can give (their bodies, their service, for example). They are not desired for who they are.

Blame
In the beginning, there was intimacy and freedom and trust. But sin shattered that intimacy. Sin broke the trust between Adam and Eve, and we are still suffering because of it. The moment sin entered the world, men started blaming women. (See Genesis 3:12) And we’re still blaming women for our sin.

Have you ever heard a man blame a woman for tempting him? Men hit women and then say, “She wasn’t respectful enough.” Often, men lust and then blame women. “She wasn’t wearing enough clothes. She was not modest.” I would like to say something very clearly: if a man lusts after a women, it is the man’s sin. If a man sins, it’s the man’s sin. Christian men must stop blaming women for their sin. Men have been doing this since the beginning, but we need to stop now.

I believe Jesus wants to restore intimacy and freedom and trust. But first, men must learn to value women like Jesus did.

The Value of Women
Jesus grew up in a culture where women were seen as property. But Jesus comes along and treats women with dignity and respect, as equal heirs of the Kingdom. Loved.

The culture in Jesus’ time treated women very poorly. Like slaves. The Romans did not allow women in politics or sports. Women were not allowed to go out in public alone. A woman was not allowed to learn under a rabbi and could not call a rabbi “Teacher.”

But Jesus often went out of his way to talk with women. He taught women. He allowed women to follow him. He treated women like they were worth his time, because they were. And are. In one case, Jesus even allowed a woman to return to her village as a missionary, spreading the good news about what Jesus had done for her. Jesus believed this woman was valuable enough to carry the most important Message the world has ever seen. (See John 4)

And when it was time for people to find out that he was alive again, the first people to know were women. Women were the very first people to announce the resurrection of Jesus. This was very strange. In that culture, women could not be legal witnesses in a court of law, but now, they are witnesses of the greatest event in history. And they’re telling men all about it. (See John 20)

There is one more story that we must talk about. In John 8, a very vulnerable woman is in front of very powerful men. And Jesus stands in between. Because that’s where he always stands. Jesus always positions himself between religious men and hurting women. When the men want to throw stones, Jesus stands there, protecting, wanting to heal hearts.

Ladies, hear what Jesus says to you,

You are loved,
You are valuable,
You are precious to me.

I made you on purpose, and I love you.
If you have been hurt or abused, I am so sorry.
If you feel shame, remember that I came to erase shame.
When I see you, I do not see shame.
I see the girl I Iove, the girl I died for.

My daughters are shameless and blameless.
Perfect in my sight.

It is my hope and prayer that the Church in Cambodia would be a place where all people are respected and loved and cherished. Old and young. Rich and poor. Men and women.

2 thoughts on “What is a Woman Worth?”

Support a Missionary Marriage!
Our new Christmas tree from Home Depot came with this…
It's been said that therapy changes the counselor too.
With Isaac now enrolled in a couple classes next semester, it’s official: all the Trotter guys are going to college!