While I played with Faith in the church nursery recently, a mom asked me why I decided to homeschool. I paused for a second. It’s been a long time since I’ve pondered my journey to homeschool motherhood, a choice that’s just as uncommon among ex-pats in Phnom Penh as it was among church-goers in Kansas City. (Most parents in this city send their kids to international schools.)

As many of you know, Jonathan was homeschooled, and I wasn’t. When we started our family, I just figured we would homeschool because Jonathan would want that. After a few years as a mom, however, I wasn’t quite so sure anymore. I was afraid I’d do it poorly. I was afraid I wouldn’t enjoy being with my kids ALL DAY. I was afraid that life would consist of only one thing: schoolwork.

Our school room in Cambodia

You could say I was a trailing homeschool spouse. I’ve previously used the term Trailing Spouse to describe my initial hesitancy toward missions. Jonathan’s desire to come to Cambodia was originally much stronger than mine, but I eventually caught up. It’s easy to see that my trailing pattern had been established before, when his desire to homeschool was much stronger than mine.

I’m a data gatherer. When I trailed behind Jonathan in homeschool-parent-willingness, I joined a homeschool co-op in order to gather data. I gathered data from real women who were educating their children at home through varying styles of homeschooling but who were all satisfied with their choices. I pleasantly discovered that homeschool didn’t take over their lives. I realized that there were a lot of available options, but most importantly, that we could still be a happy family. My new knowledge gave me the courage to try it. Now I love homeschooling. I love it so much I forget there was ever a time that I didn’t want to do it. My desires did catch up with Jonathan’s. 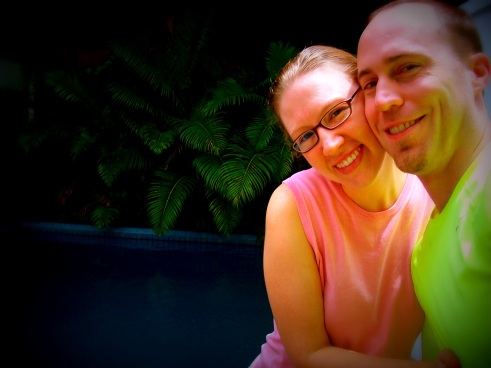 3 thoughts on “How to be a Temporary Trailing Spouse (or, How One Husband Lives with his Wife in an Understanding Way)”