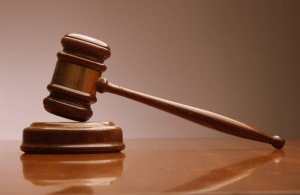 I like to judge people, and I bet you do too. After years of practice, I’d say I’m pretty good at it; in fact, I’m probably better than you.  But, from what I can tell, Jesus isn’t really ok with that, and he says so pretty clearly.  (See “The Bible.”)  That makes me sad, because it’s such a natural pastime, something that comes so easily and is so quickly perfected.

What?  You never judge?  Then feel free to judge me for judging and return to your favorite Pinterest site, the one with lots of flowers, butterflies, and cute kittens.

So what is it Jesus doesn’t want me doing?  Am I never to judge?  Ever?  Never call something right and another thing wrong?  Never pass judgment on something I know to be true (or wrong)?  Or is Jesus railing against something else?  Perhaps my time-honored tradition of positioning myself above others?

God’s been convicting me recently that he really doesn’t like this whole me-judging-other-people business.  But why not?  Perhaps because, in order to judge someone else, I have to exalt myself. I’ve somehow got to get above them.

I’ve got to have more smarts, more wisdom, more holiness, more rightness.  I’ve somehow got to be better than they are in order to pass judgment DOWN.  From my lofty grandeur I can judge DOWN to the poor, poor soul who just doesn’t get it.

But that’s a problem.

Because once I’ve positioned myself superior to the person I’m judging, I’ve also positioned myself in opposition to Christ (who happens to oppose the proud).  What if, instead of habitually judging DOWN, I prayed up?  What might that change?  Where am I in relation to the person I’m judging? Am I higher than they are, judging down, or am I lower than they are, seeing their pain, seeing their brokenness, and praying to the God of All?  That he would bless them, help them, teach them.  Where’s my heart?  Is it arrogantly glancing down at the “bad people” or lovingly seeking the face of God and hoping beyond hope that God would save them, rescue them, heal them?

Am I motivated by love or disgust?

Of course, the good judgers will argue, “I’m not judging down.  I’m just saying what the Bible says!  I’m not the one judging; God is.  I’m just passing on his judgment.”  Right, and I’m sure you are righteous, almost as much as I am, but what I find is that most of the time, when I think thoughts like these, I’m not really loving the person I’m judging.  I’m just judging them.  Yes, the Bible says some things are right and some things are wrong.  Some things are holy (like God) and some things aren’t (like me.)  I should care about what the Bible says, it’s just that most of the time, when I’m tempted to judge along these lines, I’m scary close to seeing myself as superior.  And that’s just bad.  So here comes that Lame Phrase I mentioned…judge down or pray up.

For a while now I’ve tried getting this one particular visual in my head, and it’s making a world of difference for me.  When tempted to judge DOWN, I consciously pray UP.  In other words, when I find myself exalting myself in relation to another person, or lowering them in such a way that the net result is me being higher or superior in some way, I remember that judging DOWN is typically condemned by Jesus.  But praying UP?  That’s ok.

In fact, it’s what Jesus did.  From his vantage point on the cross, he could easily have looked down on the stupid, ignorant fools who were killing him.  Instead, he prayed up, “Father, forgive them.”

Where am I putting myself in relation to the person I’m judging?  Above or below?  Am I judging DOWN or praying UP?  Praying that God would bless them, help them, save them, teach them, love them?

Some of us don’t judge down, we pray down instead.  Looks more godly.  But still, we’re missing the whole “up” thing.  Yes we’re praying, but we’re still praying from a position of superiority.  We mask grandiose judging with prayer.  We thank God that we’re not like them.

May God be gracious to us as we learn to see people with our hearts.  May we forsake our deep love of judging down and trade it in for the better pastime of praying up.

1 down. 59 to go. #GradSchool #CelebrateSmall #DiplomaGoesHere
Faith's first sunflower.
I'm loving this gift from my new friends in Kyrgyzstan! I've had the privilege of walking alongside of a diverse team of folks there, providing some trainings on "seeing the hearts of the hurting," and also providing ongoing one on one sessions.
Another cool perk of being in Denver last week was the chance to finally meet the prolific Amy Young. She’s been such an influential voice on Velvet Ashes, A Life Overseas, and now through Global Trellis. Oh, and she’s written a bunch of books too.