Jonathan is over at A Life Overseas today, taking on the tricky topic of spiritual warfare. 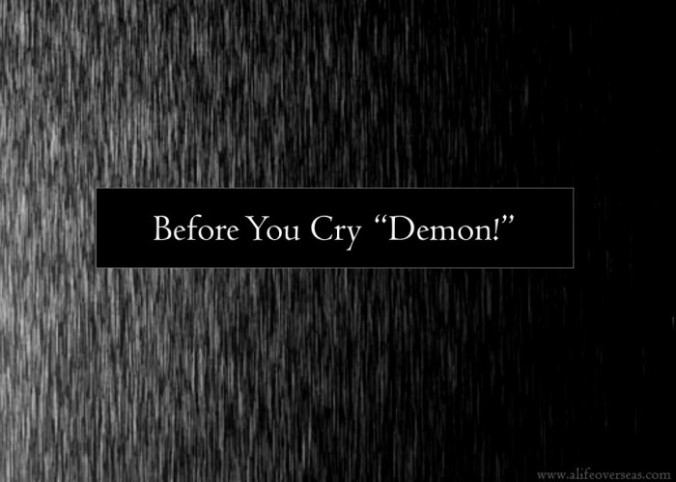 I believe the enemy is real. I believe he still seeks to kill and destroy. He still deceives. He still lies. He still wars against the King.

I also believe we blame him for way too much.

We talk about how we’re “under attack” or how our ministry team is receiving a whole lot of “opposition.” And sometimes, we really believe there’s spiritual warfare going on, but often those words and phrases are simply code for “my life’s falling apart right now and I need help” or “our team members are all really angry with each other.” It’s easier to say “we’re under attack” than it is to say “we’re really drowning.”

A conversation on Facebook illustrates the problem. After a missionary described a bunch of really hard stuff that was happening in their life and ministry, a friend left the following comment: “That kind of opposition makes me think that you’re doing something powerful.”

Do we really believe that the only reason difficult stuff happens to Christians is because we’re doing something right and the hounds of hell are now opposing us? It’s possible, of course, but we make the assumption automatically and apply it liberally. Is it possible that Satan and his demons are wreaking havoc on a specific missionary or ministry? Absolutely. But just because it’s a possibility doesn’t mean it’s the only possibility.